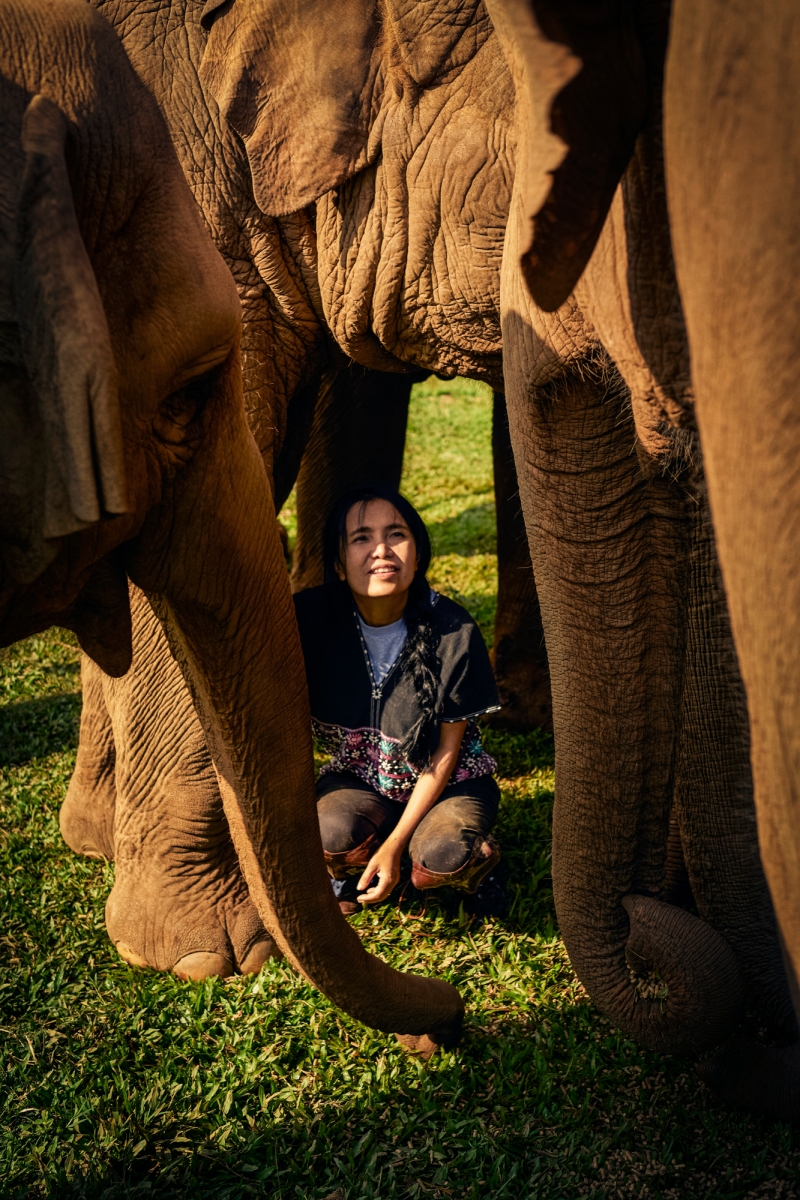 Earlier this year, I had the pleasure of going to Thailand to photograph an elephant sanctuary maintained by Lek Chailert.  She has an incredible energy about her and I loved documenting her interactions with the elephants.

On April 17TH, 2019, TRUNKS UP LOS ANGELES will host a fundraiser for global conservationist and award-winning founder of Save Elephant Foundation and Elephant Nature Park, Sangdeaun Lek Chailert.

This event will include a screening of the recently released and critically-acclaimed film, “Love and Bananas: An Elephant Story,” which documents the rescue of a captive elderly elephant to Elephant Nature Park, followed by a Q&A with Lek Chailert.

The proceeding cocktail reception will spotlight poignant images by Kwaku Alston.  The images on view will feature a selection of rescued elephants living at Elephant Nature Park, and will be available through silent auction.

In Thailand alone, there are over 200 captive elephants in need of rescue from decades of abuse and suffering. The devastating exploitation includes tourist trekking camps, circus shows, and street begging. In addition to their rescue, land purchase is vital to giving these elephants the home and freedom these sensitive and majestic animals deserve.

SaveElephant.Org leaves no one behind! While improving the lives of captive elephants (plus many other animals), they also support efforts to conserve Southeast Asia’s rainforests, underserved schools, and provide local communities with a mobile veterinary clinic, offering free care to the animals.

Lek’s work has received international acclaim and has been documented by Discovery Channel, National Geographic, BBC, CBS, Animal Planet and CNN. She has been a Time Magazine Hero of Asia and was recognized as a Hero of Global Conservation by former President Barack Obama. As a world-renowned conservationist, she has addressed the UN General Assembly numerous times on behalf of her life’s mission.

All proceeds will go to benefit Save Elephant Foundation and are tax deductible.

“They are the color of the planet. If we want

to protect them, we have to do it right now.”