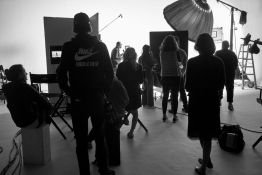 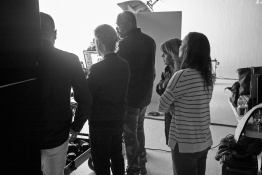 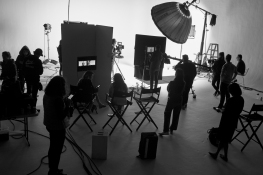 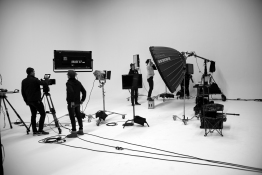 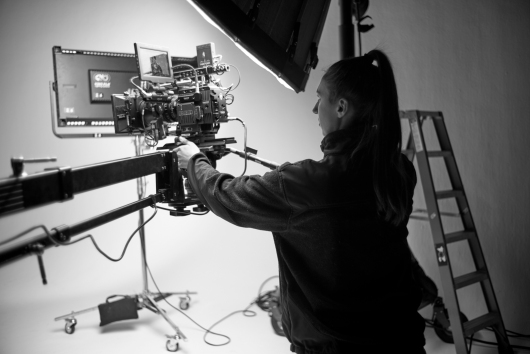 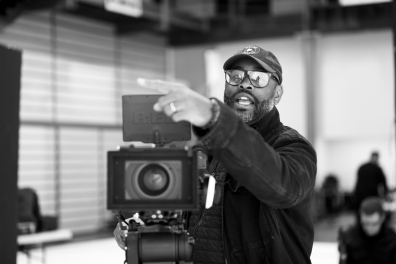 Behind the scenes photos by Victor Campos

My photos are never really humorous or conceptually funny—I tend to take a more straightforward approach to portraiture.  Be it a conceptual piece or a simple one light portrait, I prefer to let the subject bring their own personality to the photograph, offering occasional cues or direction about the attitude I want them to convey.

Christian Martillo, Audible’s Creative Director, helped come up with the creative strategy to create content that highlighted the essence of Spade’s book. By making specific references to his stories, we set the stage for Spade to feel free to be himself and go with the flow

It’s rare you get to witness the unrehearsed creative process of a comedian: simultaneously raw and natural, the crew and I were holding back laughter about his jokes on dating in the modern age.

Putting together a photo shoot is like balancing an equation with constantly shifting variables.

Privacy: Creating an intimate set is key so subjects can relax and focus on the camera and the photographer—instead of losing their attention to a messy set or disorganized commotion in the background.  Behind the photographer, there are teams of dozens of people—stylists, hair, make up, publicists, assistants— with their eyes glued to the subject, ensuring they look their best for the world to see.

Keeping a tight production keeps my nightmares of stands falling on people or 12x12s flying off and hurting people at bay.  Over the years, I’ve heard horror stories and hope to never have one on my own production.

Team Building: Set energy is key in creating successful images.  The energy is often top down; you’re only as strong as your support.  The right team is crucial to make everyone at ease and able to work efficiently. Each person has a defined and significant role that the team relies on to create the final product.  Depending on the project, the crew size changes from 4 people to over 20 people, but every job is important and valued.

How do you move from shooting stills to motion and find a good team of people?

The photographer role quickly turns into director and producer in addition to working as the key image-maker.  Directing the stills and motion teams in addition to talent can take a lot of mental energy.   And when you are working on a 2-camera shoot, it’s impossible to do everything yourself.  For David Spade, we shot 2 RED Epic W’s and I worked with a team of new people for the first time.

Jen Ostrom, my trusted NYC based DP and photo assistant, recommended Erin Ryan (who did a great job).  There needs to be a level of trust in your team working on a big production so you have the right mind space to create freely.  Motion is a collaborative effort considering the focus puller, sound tech, 1st & 2nd camera, and director of photography working seamlessly together.

Thank you to this amazing crew: