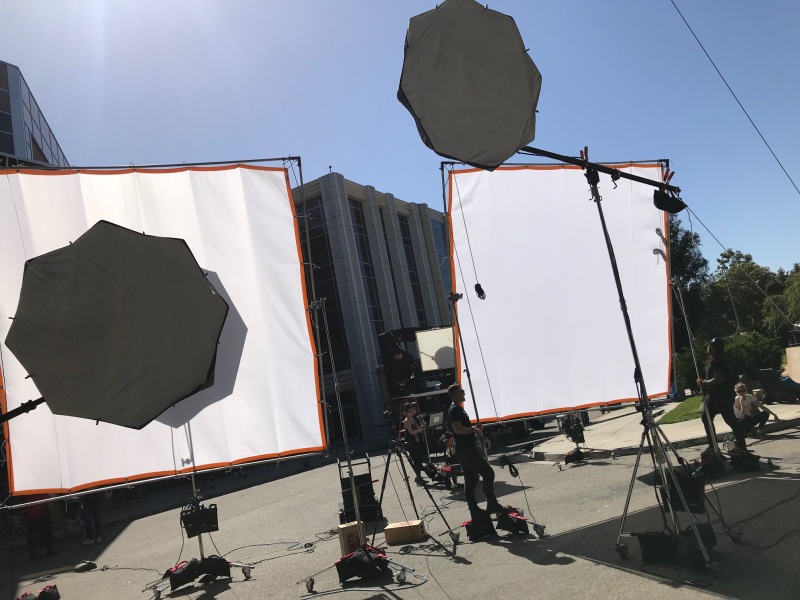 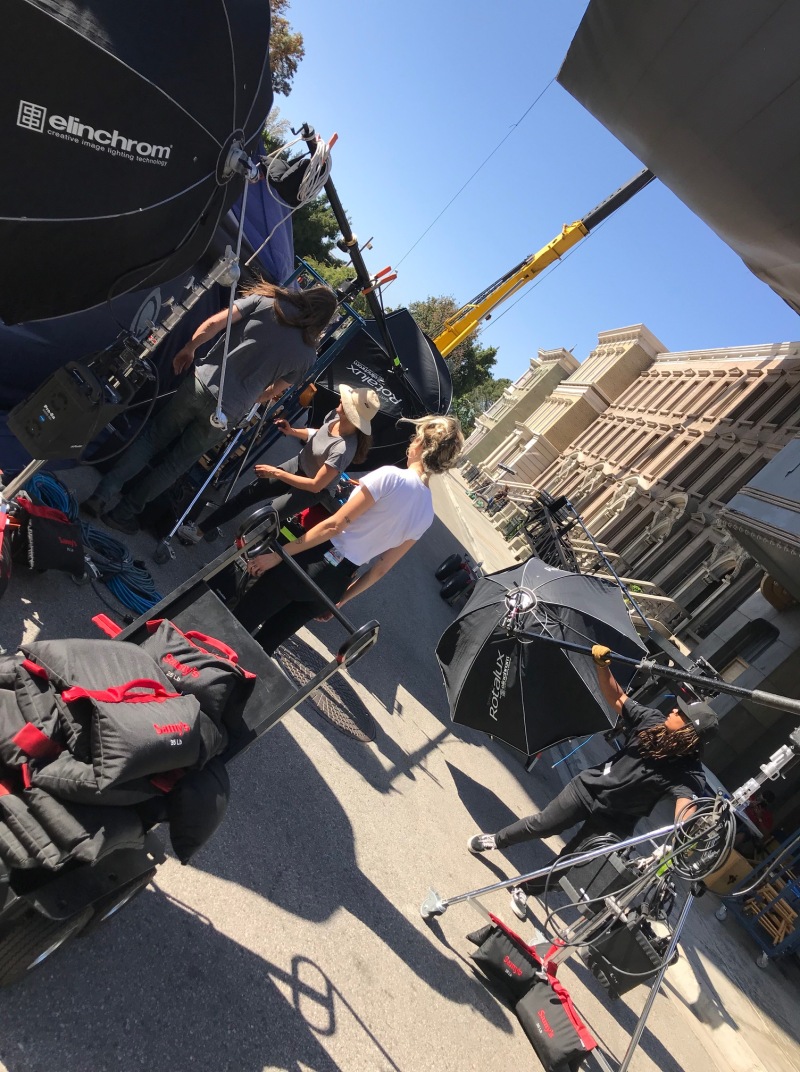 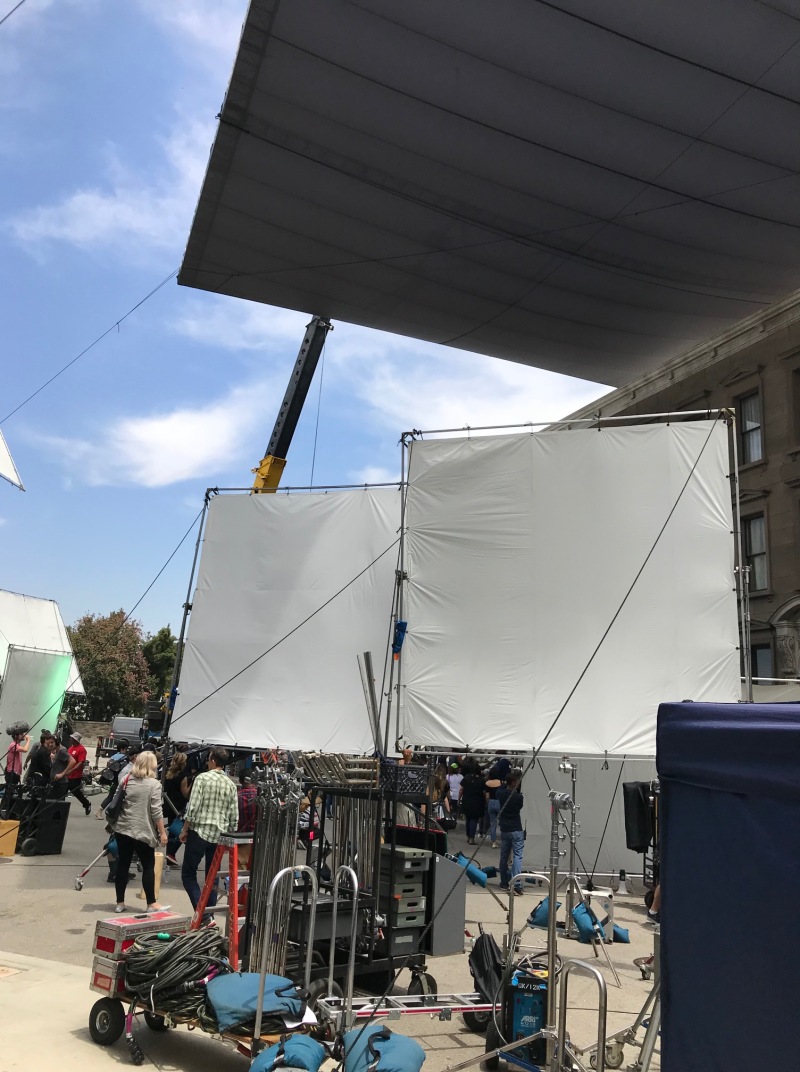 I was on location in Atlanta shooting for Paramount Pictures when I got an email from Katrina Symonds of Netflix one week before the Great Day in Hollywood shoot and asked if I would be interested and my thoughts on how I would approach the project.

I could feel that this was one of those assignments that would be a defining image in my career and the task at hand was huge.

I put together a few mood boards and concepts on how I would approach the shoot and sent them off to Netflix. Then I crossed my fingers and hoped for the best.

A Great Day in Harlem by Art Kane has always been an inspiring photo. I wanted to pay homage to it while putting a Hollywood spin on it by using production props that represent Tinseltown: lights, dolly, apple boxes, etc.

We were awarded the job and got to work getting rental orders and production rolling for our pre-light and shoot day.   We set up a photo studio for singles and arranged lights to roll in for the group shot once it was our time.  Working with Lacey was easy going and intuitive. She worked her magic, and I did my thing. We worked around her film set and took turns with photographing the subjects.

The vibe on set was full of electric and joyous pride.  Everyone could feel that this was something really special and historical. This was the first time that many of these actors had been in the same space together.  The experience of uniting with generations of trailblazers in honor of their resilience and talent is akin to passing the torch and cementing their place in history.

Group photos are markers that speak to what is happening in culture and society.  They become iconic because there is a special event or reason for them to come together and share space.  Kane’s A Great Day in Harlem spoke to the impact jazz and music had on society and celebrated members who revitalized their communities. A Great Day in Hollywood recognizes the movement changing Hollywood and acknowledges the accomplishments African Americans and African people have made in the industry. It represents their pride and unity. Netflix is helping share this message by pushing the conversation forward and shifting the narrative to include all voices.  This photograph is a celebration of excellence and harmony.

Together, we are one, working towards positive change and inclusion.

Thank you to Vogue for the love and behind the scenes look at the process.