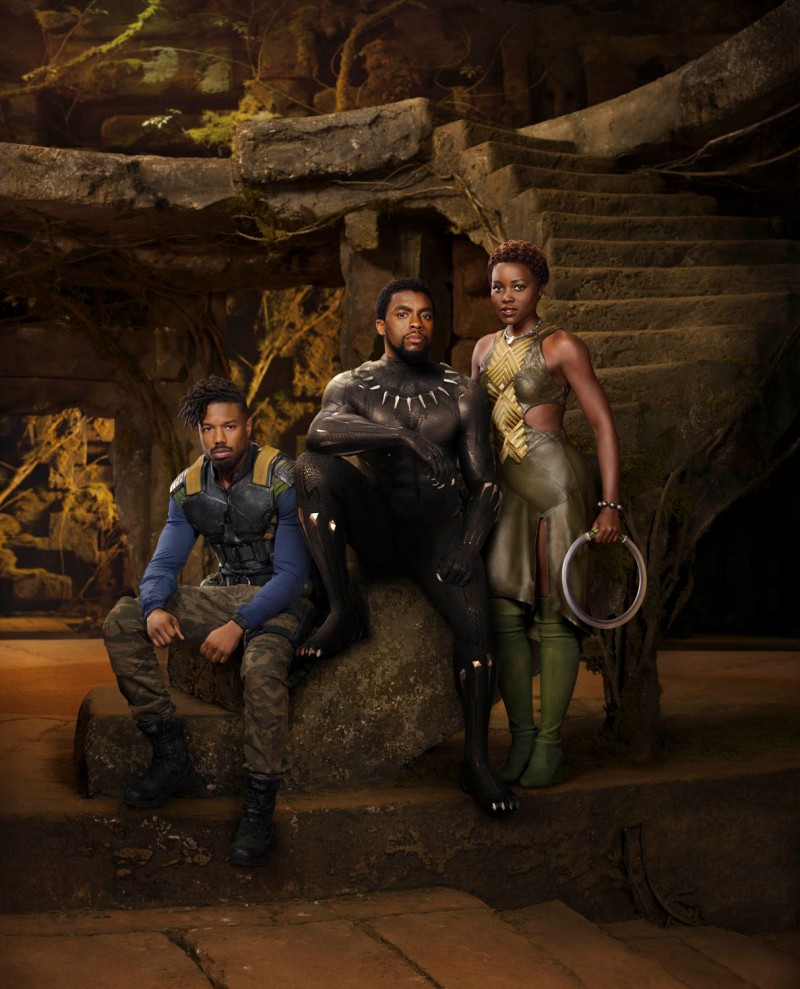 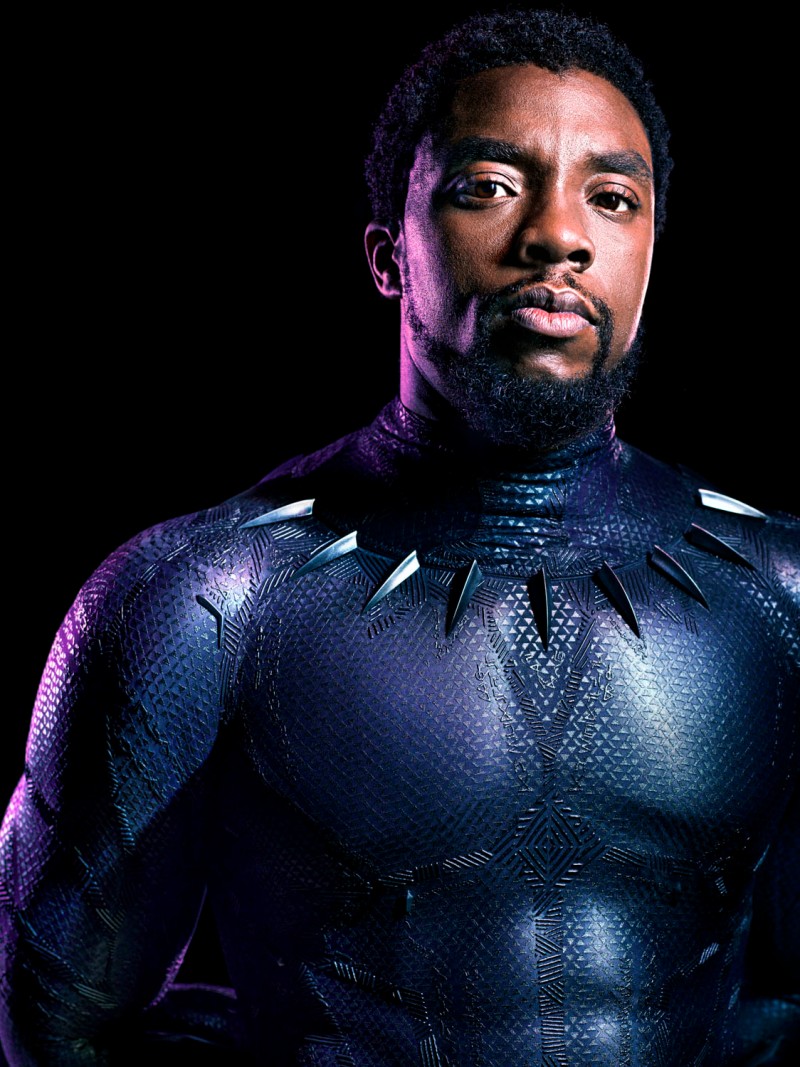 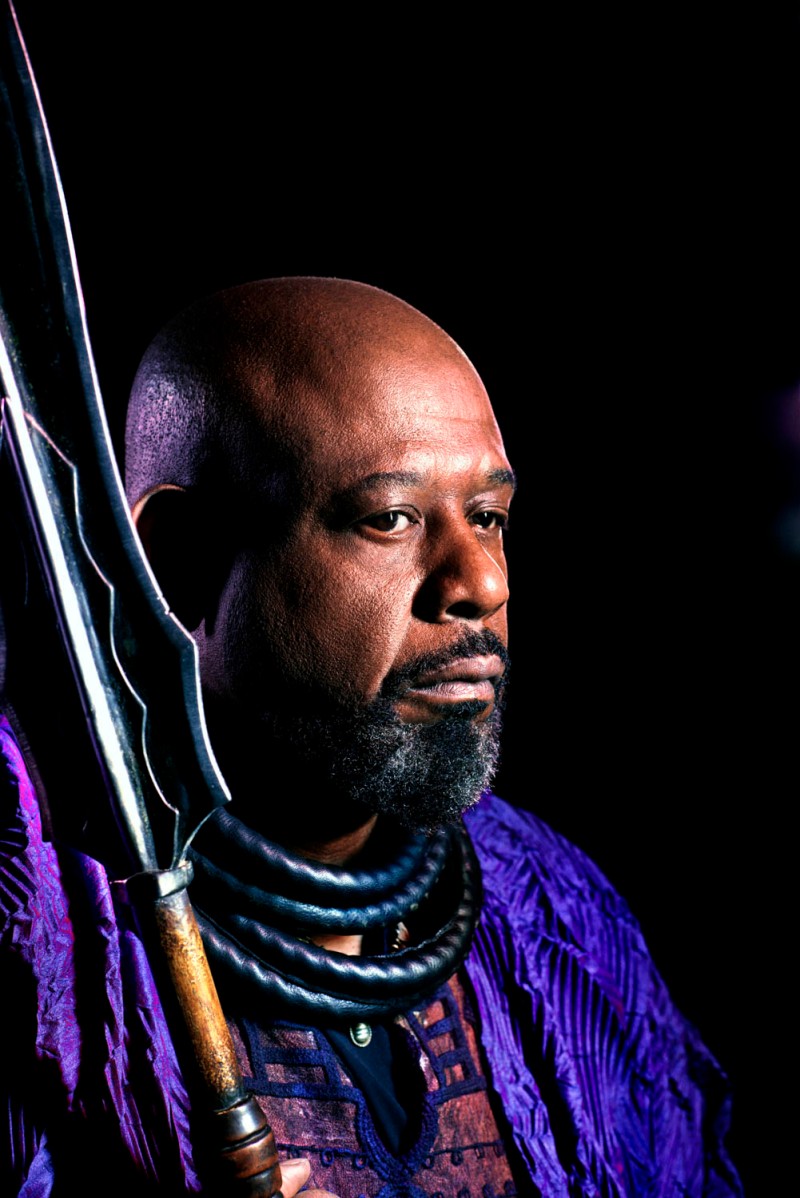 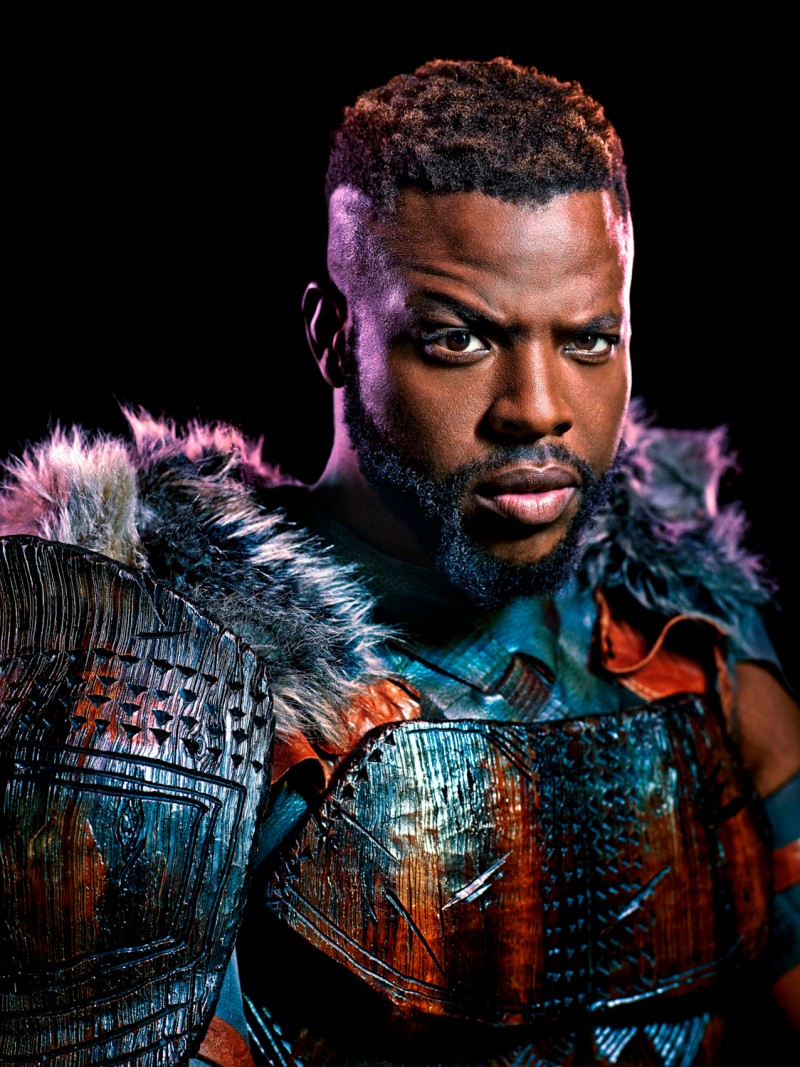 This project is one of my proudest collaborations.  The opportunity to photograph these incredible actors and capture their spirits channeling Black Panther is an experience that I will always remember.

Two weeks before we flew to Atlanta to photograph the Black Panther cast, I visited Disney for the first time to show my portfolio.  After the meeting, Disney’s Jason Dunne and Laurence Schroeder hired me for the project.  The shoot was in conjunction with Entertainment Weekly’s cover under the direction of photo editor Alison Wild.

I was thrilled—being a Ryan Coogler fan, I knew this project had a lot of support and was bound to succeed, especially considering the formidable cast.

Set in a freezing cold warehouse, our assignment was to photograph the characters in costume on two sets, a group shot on their stage—and I couldn’t help but shoot motion on the RED in between.   One day to pre-light, one day for shooting, 20 minutes with each subject, and 15 minutes for the group shot.

To accomplish the creative, we set up a white seamless for publicity shots and a black box studio with duvateen fabric, using my favorite light (the elusive Profoto Striplight), and gels as an homage to classic 80s lighting.

Under Ryan Coogler’s direction, awe-inspiring costumes by Ruth Carter, and actors channelling their powerful characters painted portraits of Black excellence that we have yet to experience in a Marvel (mainstream) universe.  Afro-futurism is a concept that has fascinated me for years: the projection of our culture in an alternate reality, combining history and hope, has become a sign of our times.  We all need our own Wakanda.