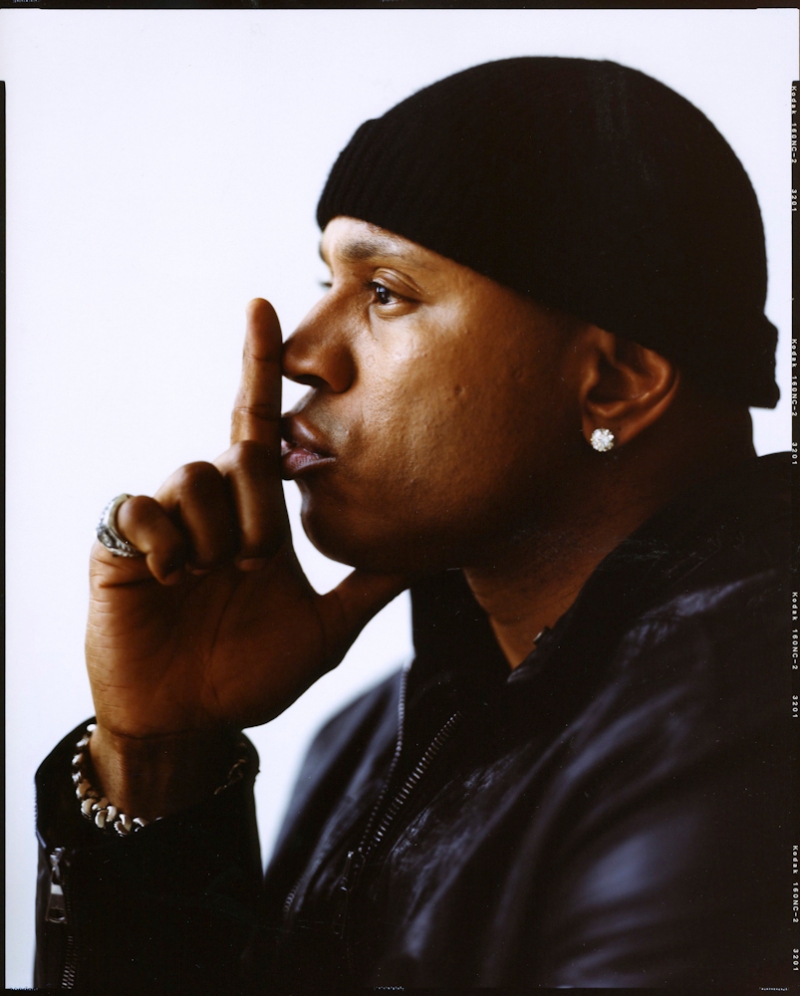 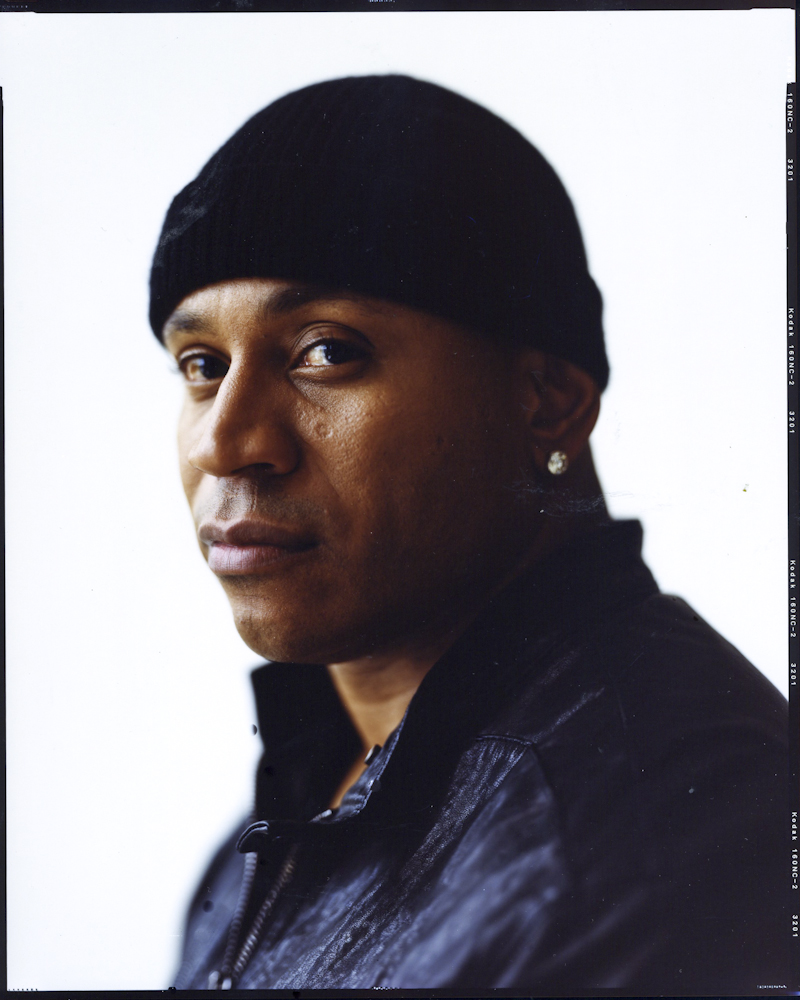 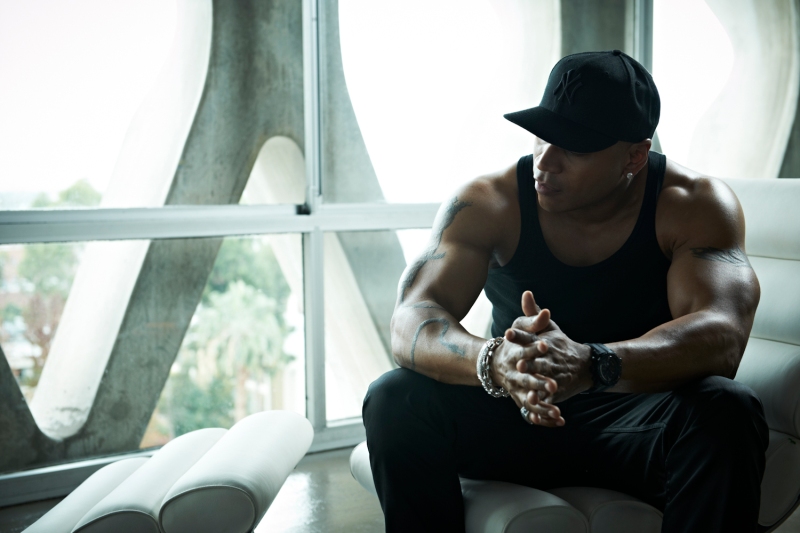 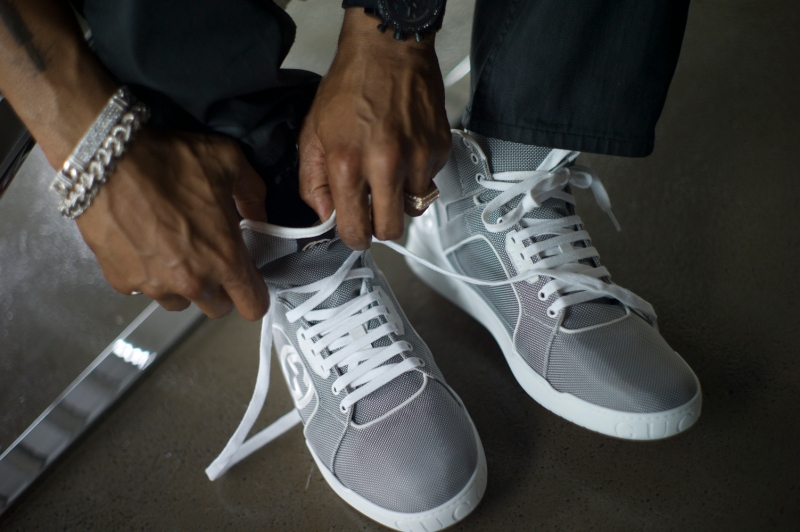 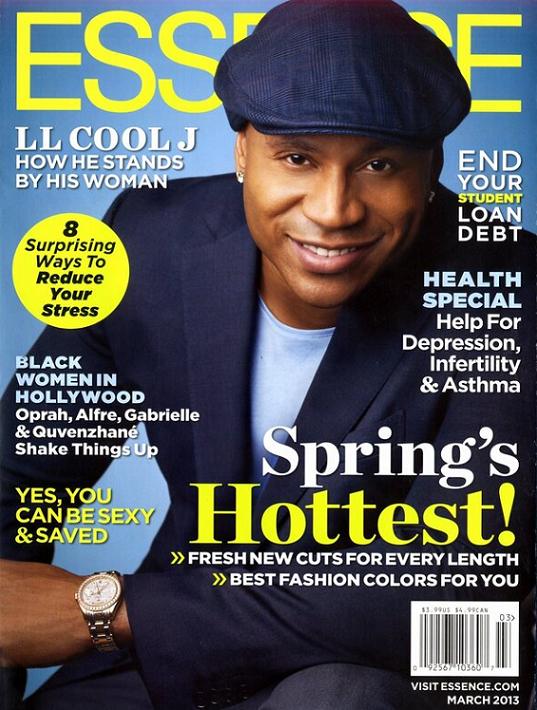 I never thought I would be “going back to Cali” after my extended love affair with NYC, but here I am, and doing what I love most: making photographs. And in a way, LL has been there for me since the beginning of my career.  I vividly remember the days of rocking “Mama said knock you out”, and “Around the way girl” in my RIT darkroom while I worked magic into my prints–his music was a must in my darkroom kit.  I’ve been a fan of LL Cool J since the early days of hip hop: he was an icon for any coming-of-age teenager on the East coast.  LL has strong roots in American pop culture and continues to grow in every niche, from fitness to acting.  So when Essence Magazine called me with this dream assignment I couldn’t refrain from jumping out of excitement about the chance to collaborate with LL again.

In 2004, I photographed LL in Belgium when he was working on the movie Mindhunters for Dimension films overseen by creative director, Dave Pearson, and photo director Amy Rocen.  Movie posters and editorial shoots are a little different: in editorial, there are smaller budgets with looser creative approaches that don’t need to be copied precisely–you have some creative wiggle room.   However, movie posters are large-scale collaborative efforts between movie studios, design firms, actors, directors, producers of the film, and finally the photographer.  To prepare creatively for movie poster shoots, we review concepts in advance with input from everyone involved to figure out the best shot that will ultimately represent and sell the movie.  The resulting movie poster image is comparable to the cover of a magazine–both images need to sell the product.  Shooting editorial and movie posters are unique endeavors and require certain skill sets.

The Essence Magazine cover shoot was held at one of my favorite locations: Concrete Loft. This location has fantastic natural light, and unique camera-ready furniture begging to be photographed.  Creative Director, Greg Monfries, was busy on set giving me inspiration and discussing creative concepts throughout the day.  Photo Editor, Rebecca Karamehmedovic, was pushing production all the way from NYC and keeping in touch.  LL was prompt and gave us 150% dedication and energy to get the shots we needed for the March cover.  Although LL has been photographed countless times by some of the best photographers in the world, he was enthusiastic and offered some great creative ideas.  While I was shooting him with my 8×10 view camera, he wrote a message to share fans and the future: “3012: We were thinking of your generation.”  This profound statement set the tone for our session and I felt that we created some iconic imagery.  Thank you LL, and I look forward to working with you again.